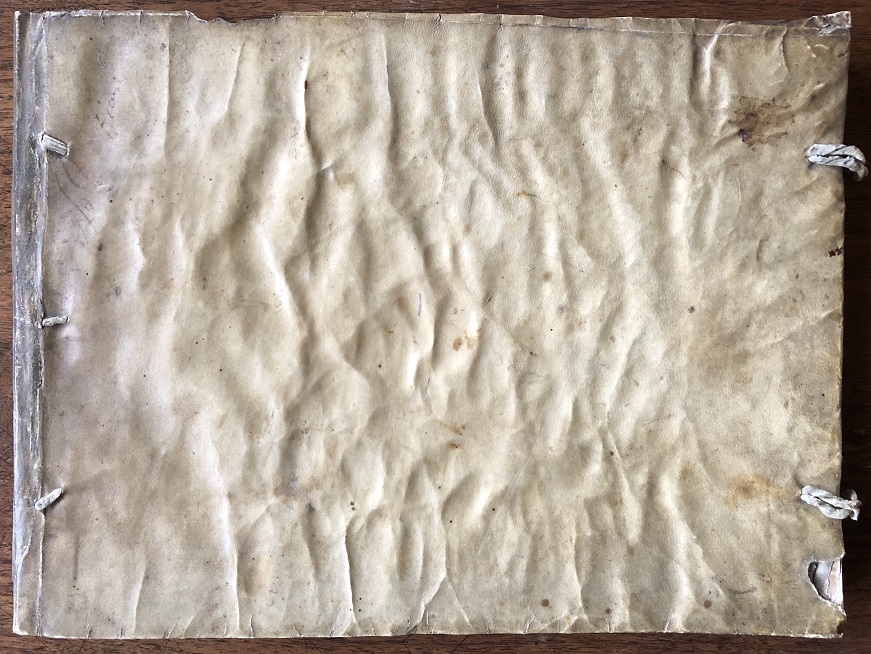 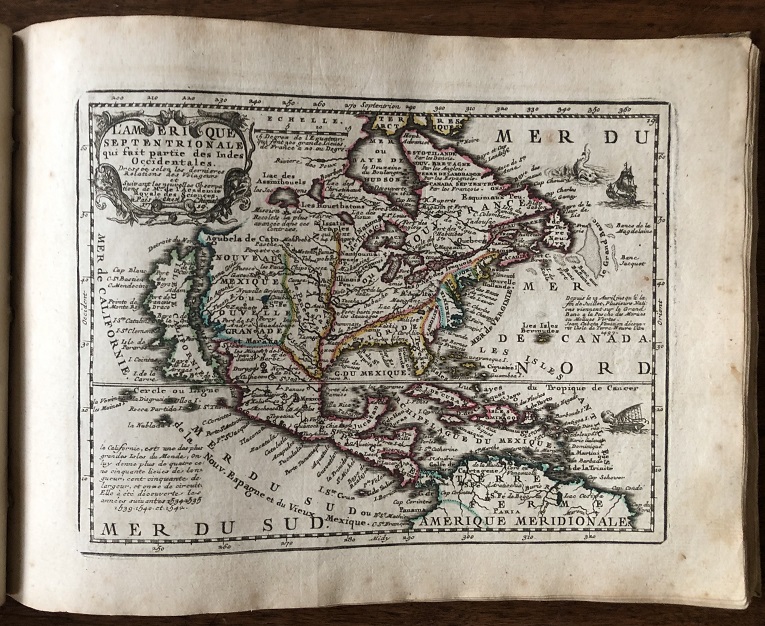 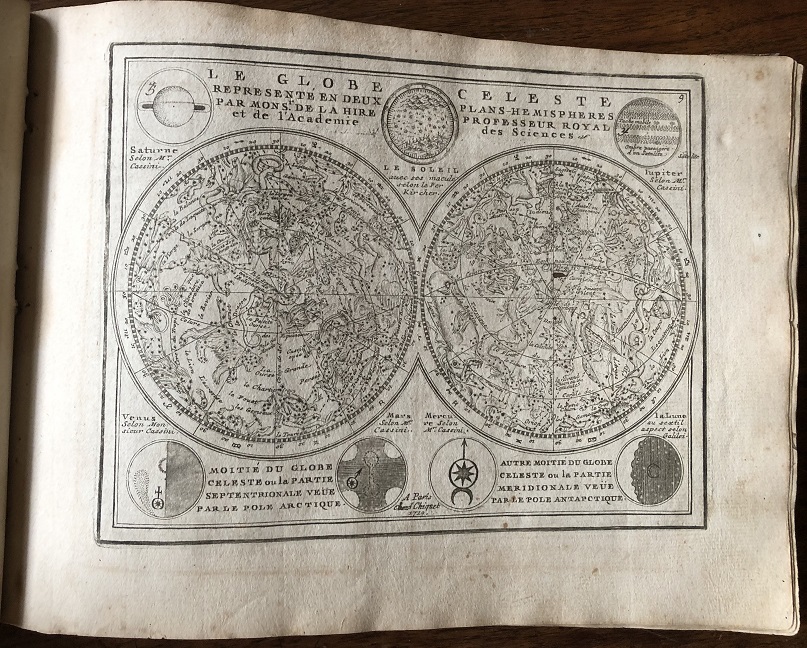 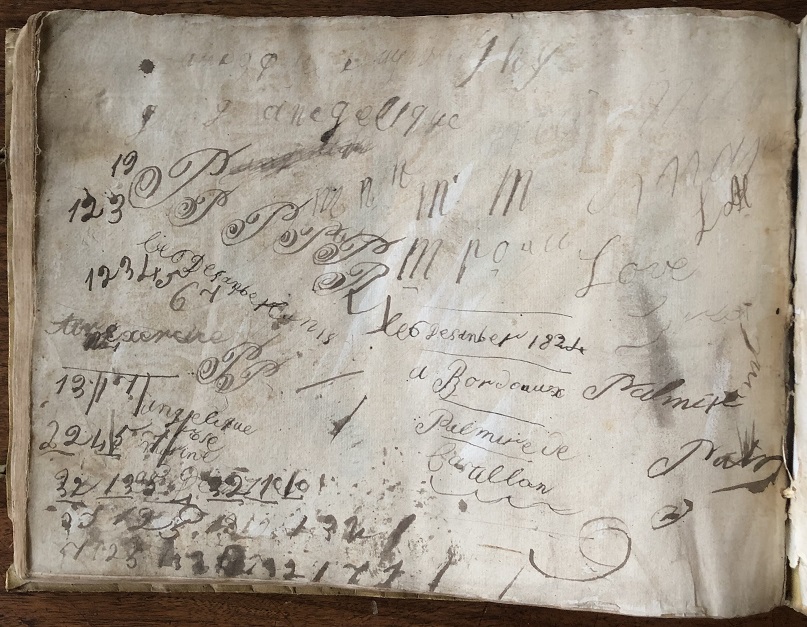 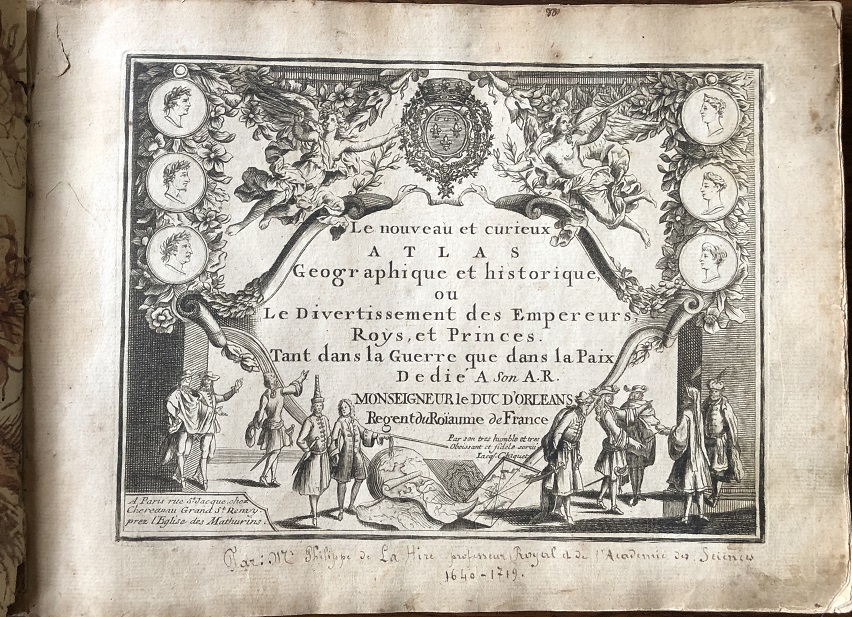 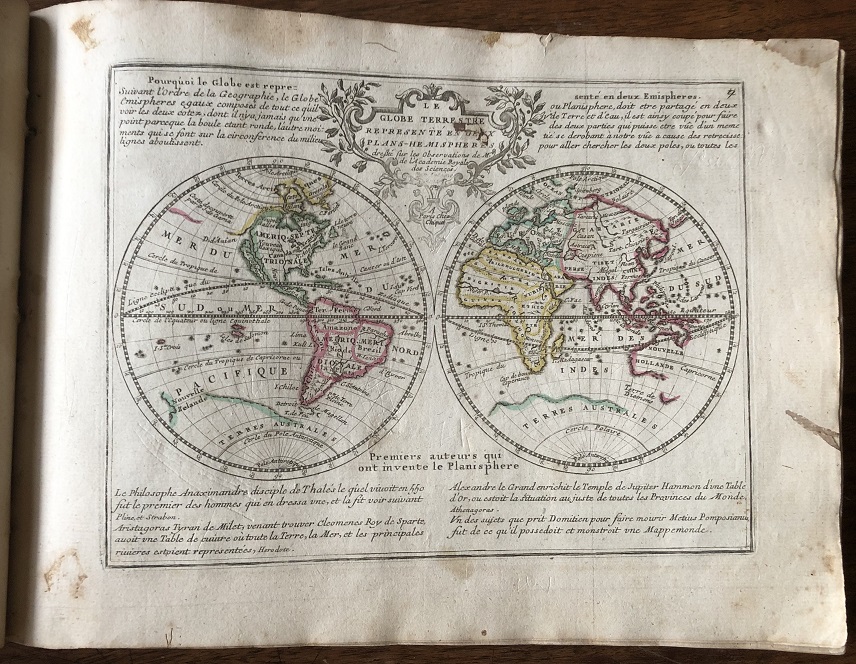 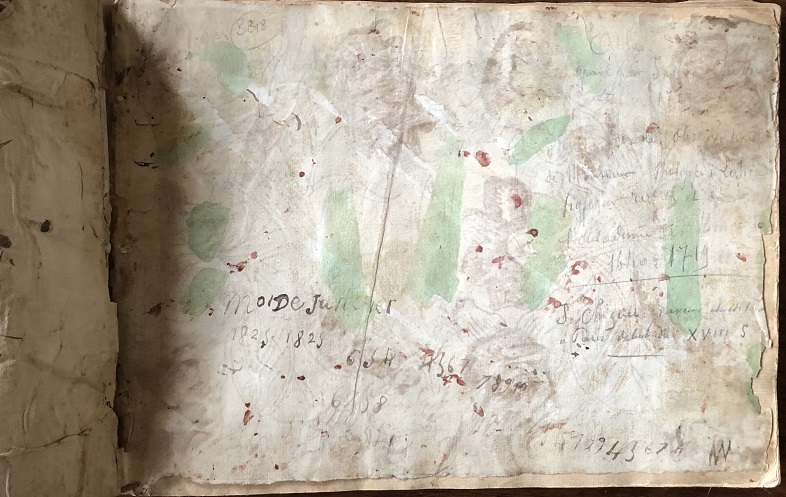 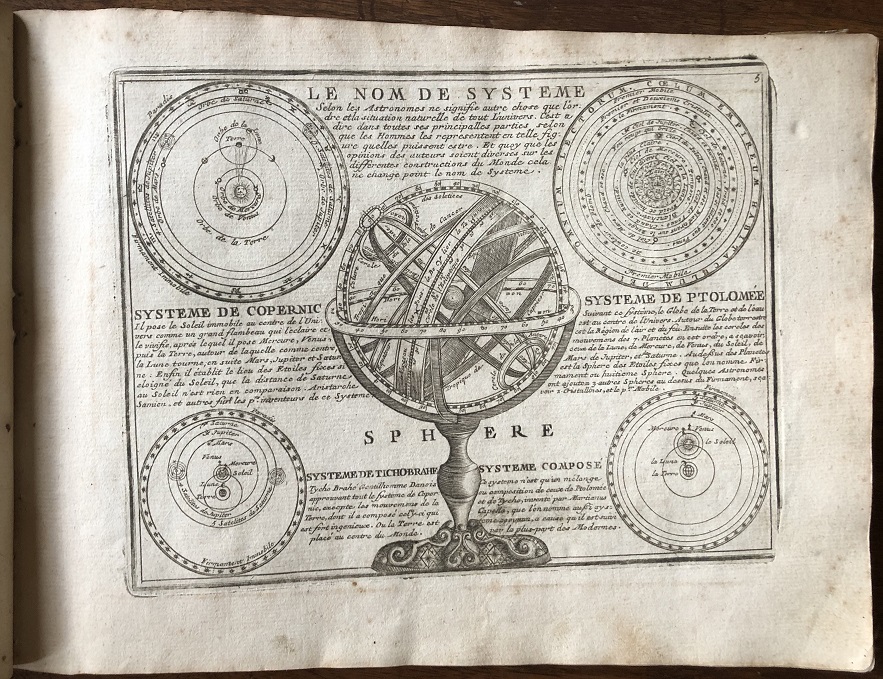 Oblong small 4to. Full vellum with ties. Wear at edges, chip from fore-edge of lower front cover,blank end leaves are heavily annotated and written-upon in 18th & 19th century hands. Old stains to margins and a few maps, old paper-tape repairs to the verso of the Asia map, but generally very good. Engraved allegorical title page, 3 plates (two of globes), and 24 maps opposite explanatory text in French. 23 maps have contemporary hand-colouring in outline; a couple have attractively coloured cartouches. The Globe Terrestre map, of two hemispheres, is holed, slightly affecting the title. The map of North America shows California as an island. This is the second or third edition of this atlas, originally by Antoine Menard, first published by Chiquet in [1711 & 1713], with most of the maps dated 1709-1711. In this 1719 edition Chiquet has removed Menard's name entirely; on many of the maps (such as L'Amerique Septentrionale) he has changed it to his own name and altered the date to 1719.