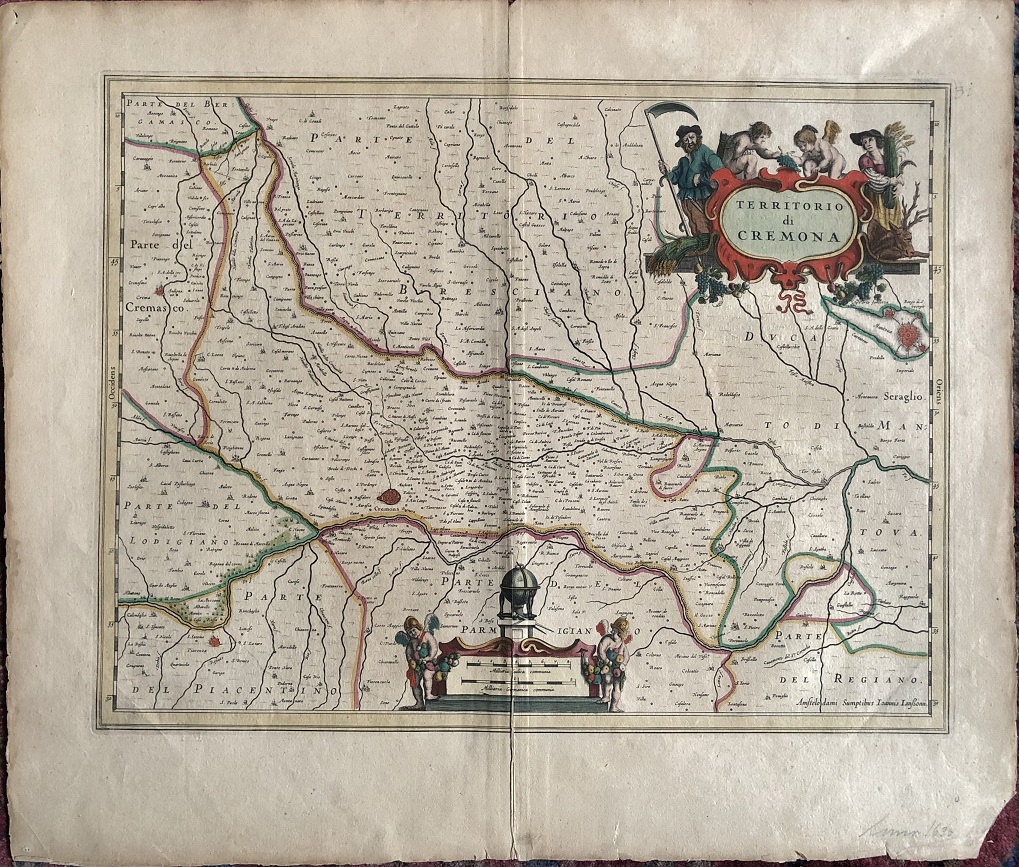 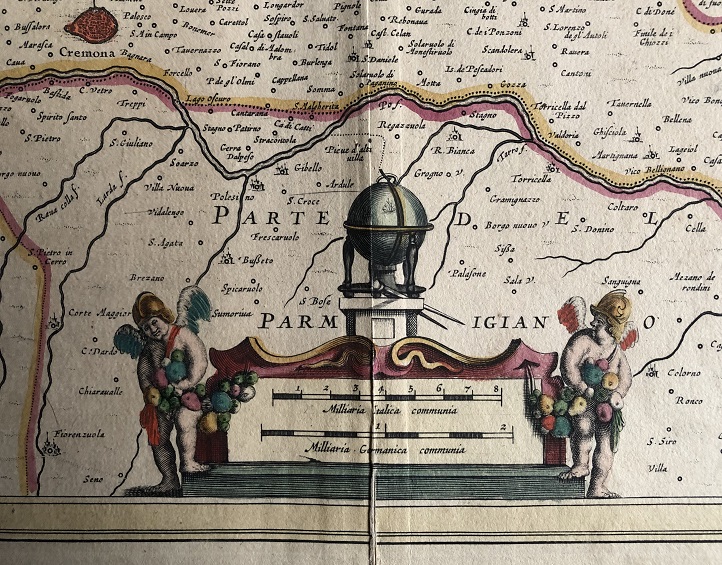 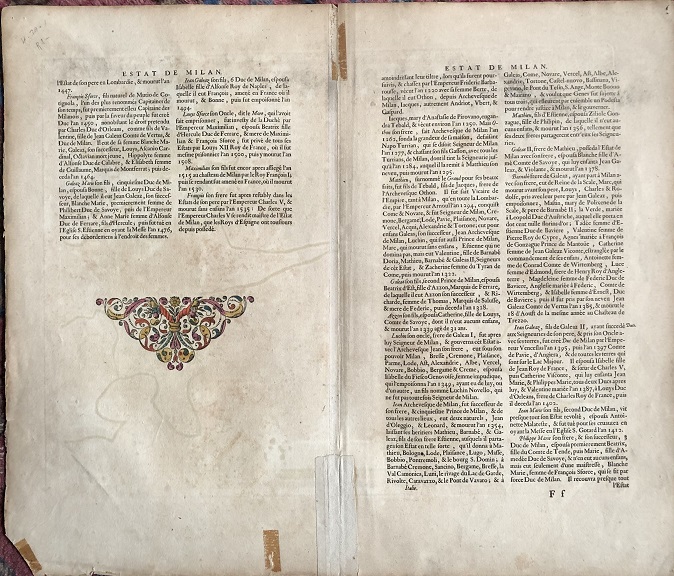 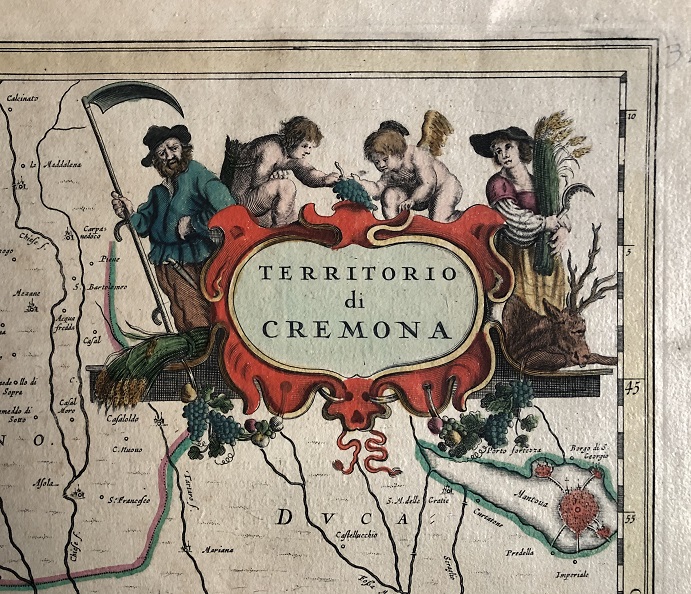 Copper-engraved map on laid paper, coloured cartouche in upper right, another at bottom centre. Hand-colouring to margin and divisions on map. Imprint at lower right: "Amstelodami Sumptibus Ioannis Ianssonii". Text on the verso in French, heading titled ESTAT DE MILAN. Hand-coloured large tailpiece on verso. Signature mark on verso is Ff. Plate size is 49cm x 38cm, on a sheet measuring 58cm x 49cm. Old tape repairs to central fold on verso, chip from lower right blank margin, very good condition. From Volume III of the French edition of Jansson's "Nouveau Theatre du Monde ou Nouvel Atlas" [c.1640]. Numbered in pencil at upper right with the numeral "31", which corresponds to this title on the contents list provided by WorldCat. From WorldCat's description: "The first French editions of the Atlas Novus appeared in three volumes in 1639, a year after the inaugural Latin version. The promptness with which the translation was readied meant that these were largely identical to the Latin original in material and structure, although several revisions were made to the order of contents to better tailor Jansson's offering to the Francophone market: thus, the French part of the Atlas was given new precedence over the Dutch one, and the Spanish and Portuguese chapters were detached from the French section in order to give the latter a stronger thematic coherence than it had previously had. Despite these similarities, the publication of the French editions was quite different from the Latin. After issuing the latter together, by 1639 Jansson and Hondius had resolved to print their own copies of the French title under their own imprints, and this division of resources and duplication of editions has resulted in a distinct, more complex publishing history. Indeed, variations in the stock of plates available to the former partners resulted in two quite separate classes of Atlas, with as many as twenty-five different maps between them, Jansson's typically the more up to date. Matters are further complicated by both Jansson and Hondius' habit of regularly updating their imprints for several years from 1639 onwards, resulting in confusing arrays of dates across the volumes of a single set."